"Every storm I go through I see waves that can wipe out the boat — and you're just sitting with your fingers crossed."

In 2019, following in the historic footsteps of his hero Sir Robin Knox-Johnston, Mark Slats completed a solo, non-stop, 30,000 mile circumnavigation. Alone at sea for 214 days, 12 hours and 18 minutes, Mark was pushed to the limits in this ultimate test of sailing endurance.

The film was a finalist in the 2019 Mirabaud Sailing Video Award. 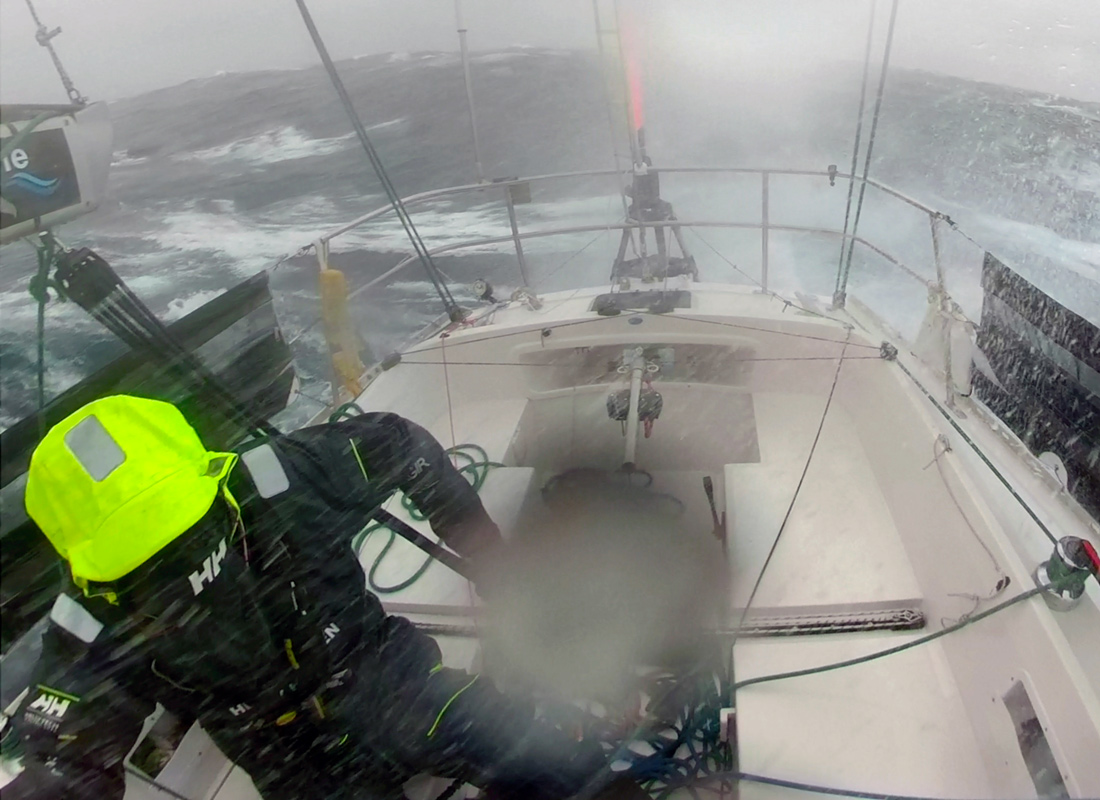 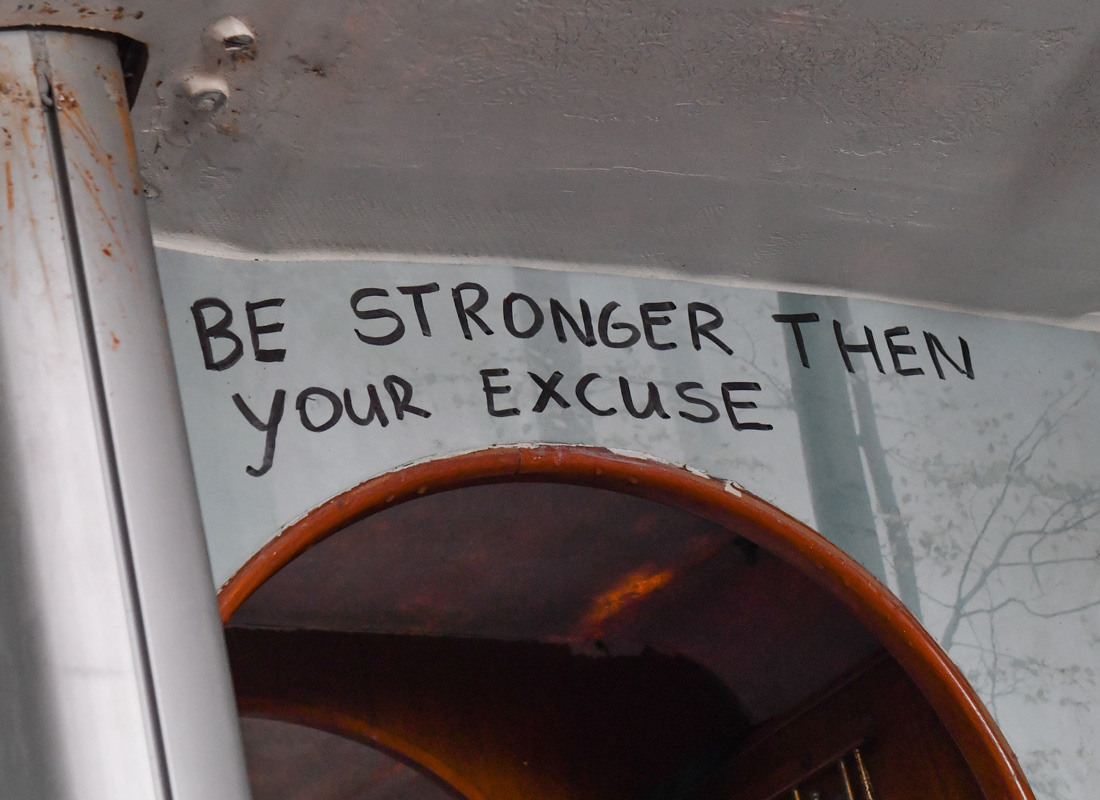 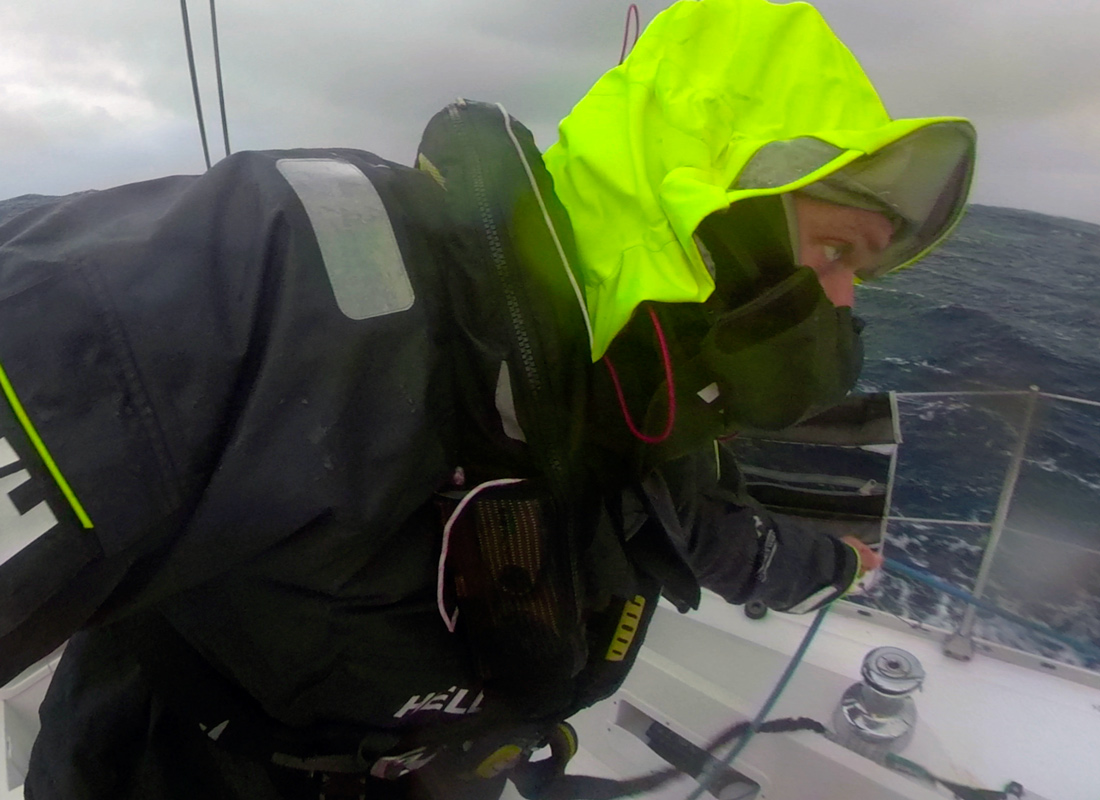 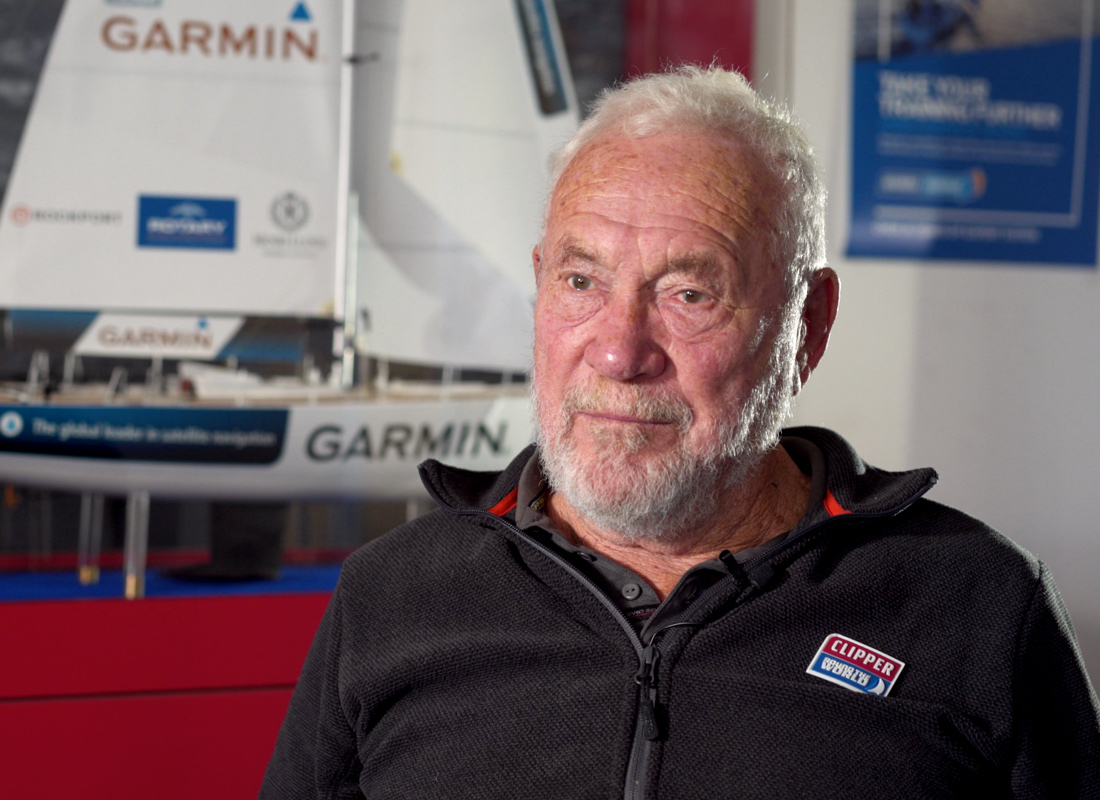 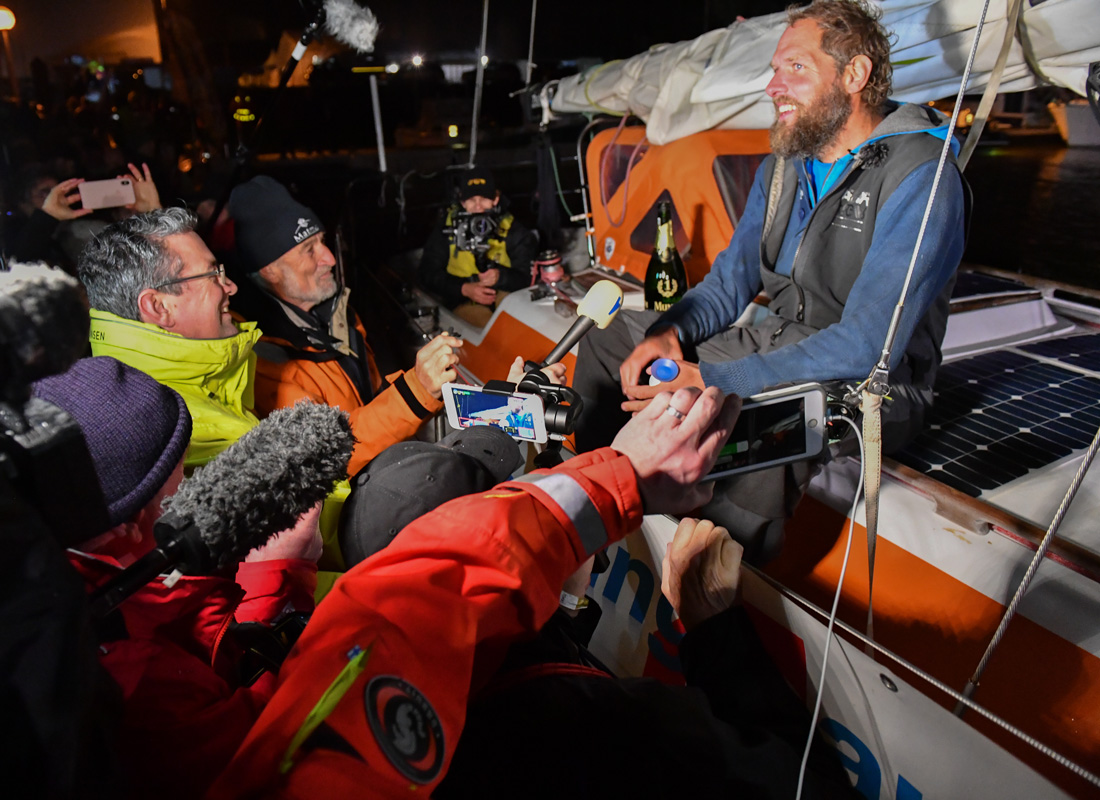 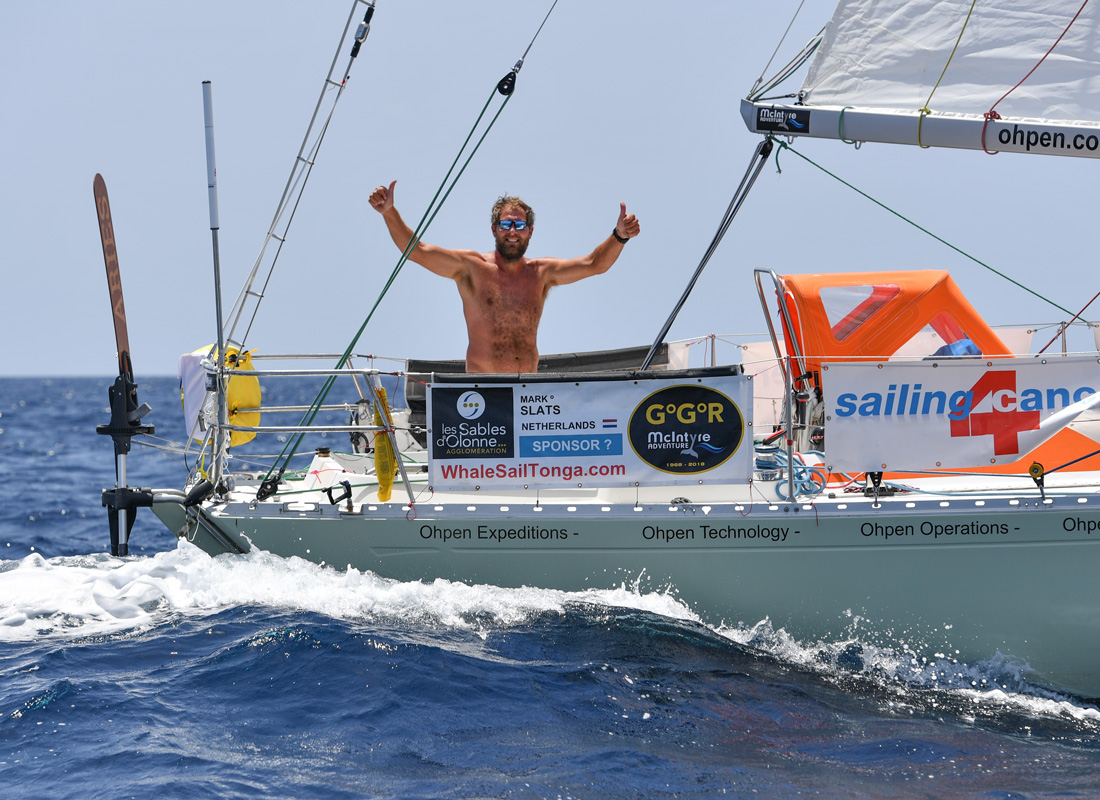 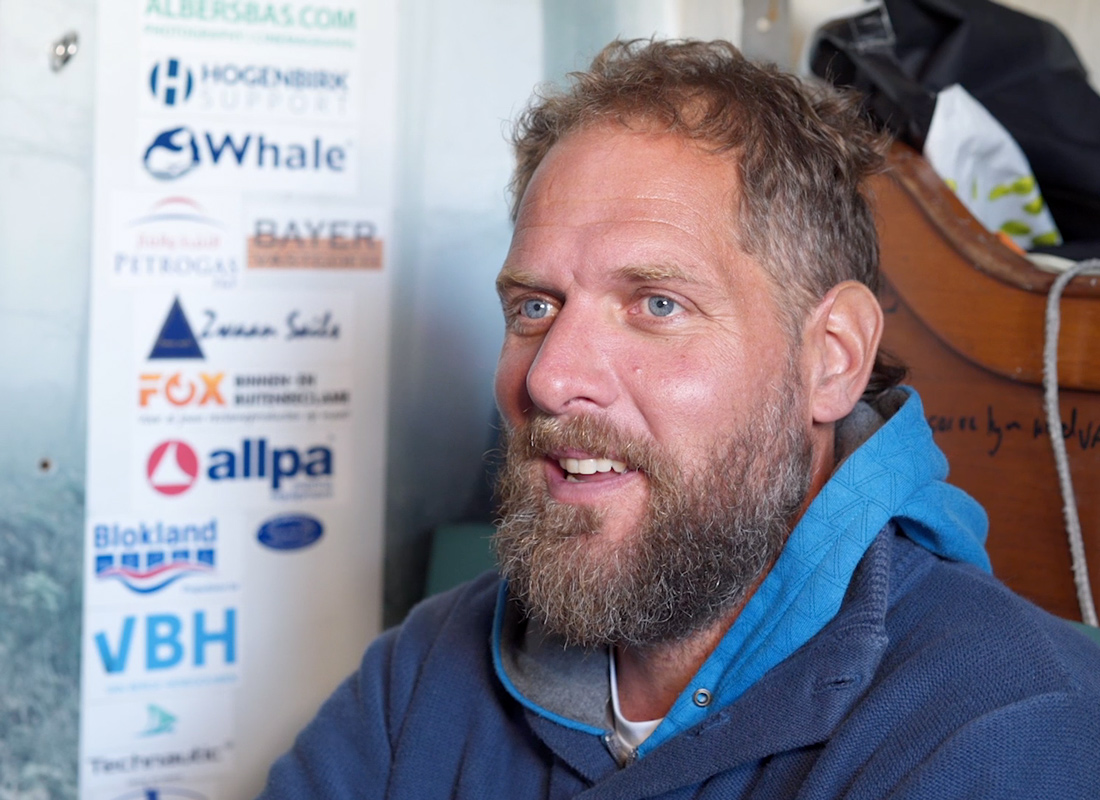 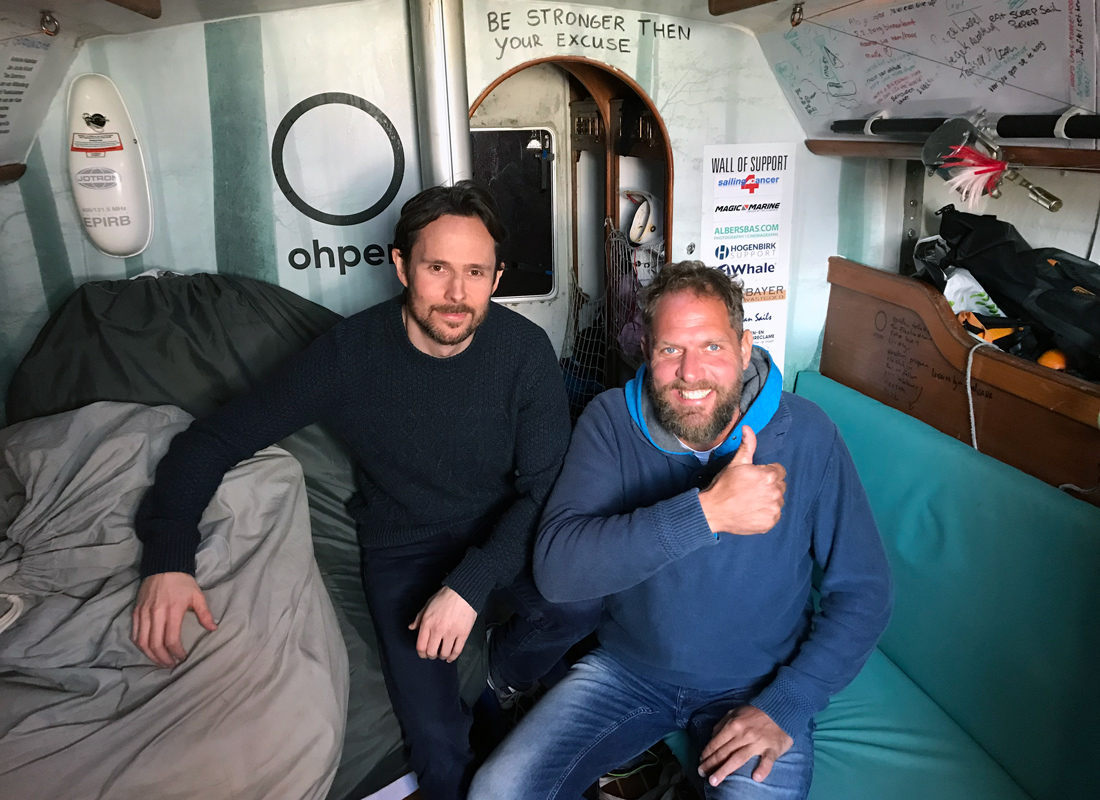 The closest attempt at a single-handed sailing circumnavigation had been in 1966-67 by Sir Francis Chichester in Gypsy Moth IV. It took 226 days, but Chichester became the first person to complete a true solo circumnavigation, making one stop in Australia to repair his boat. He was knighted by the Queen and became a sailing legend.

Those who followed Chichester's voyage knew there was one thing left to do — a solo circumnavigation without stopping.

In the spring of 1968, the British Sunday Times newspaper announced they were backing a contest to be the first person ever to sail solo, non-stop around the world. There would be a trophy for the race winner and a £5,000 cash prize for the fastest circumnavigation.

Entrants were required to start from the British Isles at any time between 1 June and 31 October 1968. The closing deadline ensured they would pass through the Southern Ocean during summer, avoiding the heavy winter storms.

The course was the traditional clipper route, entering the Southern Ocean from the Atlantic, sailing through the 'Roaring Forties' and 'Furious Fifties' latitudes past Australia and around Cape Horn. 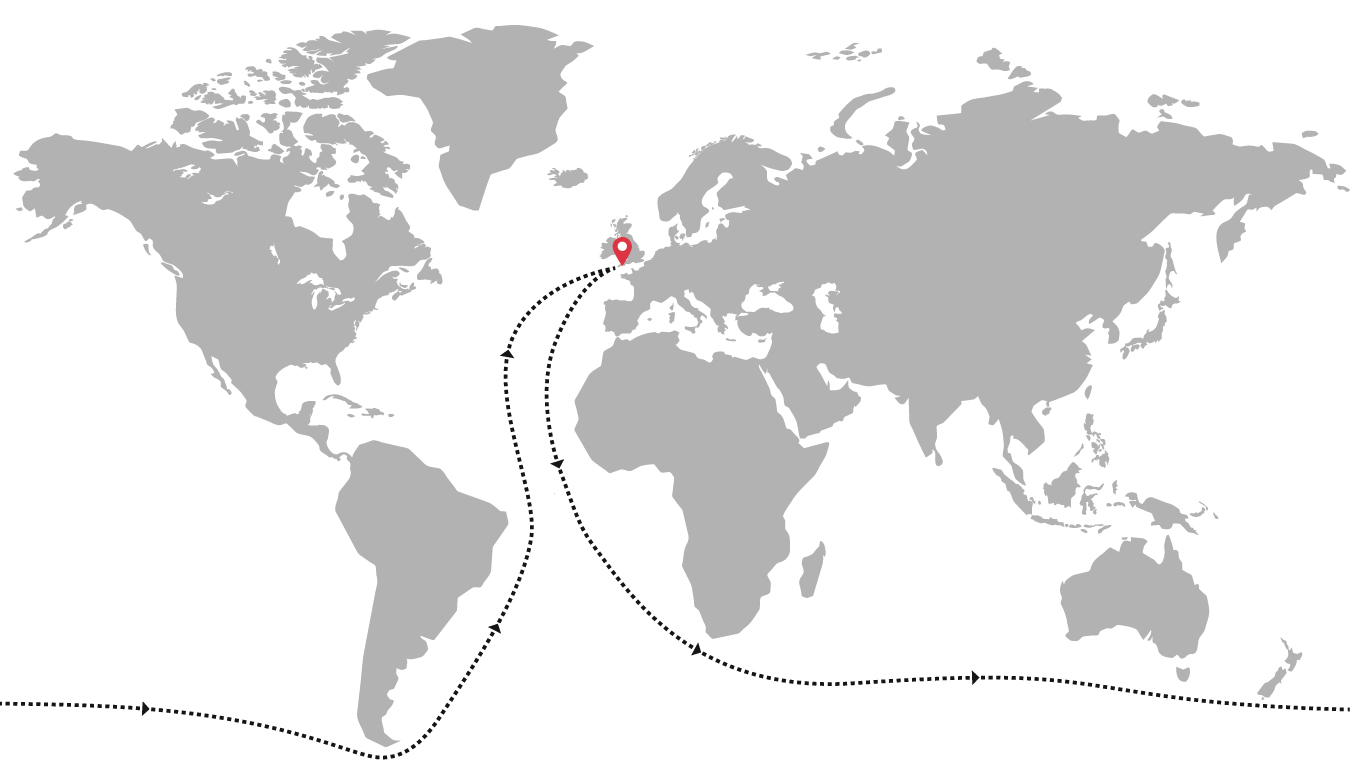 Many thought it was an impossible feat. The constant physical strain, isolation and lack of sleep would be too much. There was also considerable doubt as to whether a small boat could survive such a journey.

On 14 June 1968, an unknown 28-year-old British merchant marine officer, Robin Knox-Johnston, put to sea in a race he was not considered likely to win. 312 days later, he returned in his yacht Suhaili as winner of the Golden Globe Race and the first person ever to sail non-stop around the world. Of the nine entrants; six Brits, two Frenchmen, and one Italian; he was the only man to finish the course.

It remains an incredible achievement. To this day, significantly more people have been to space and have summitted Everest than have sailed single-handed non-stop around the world. 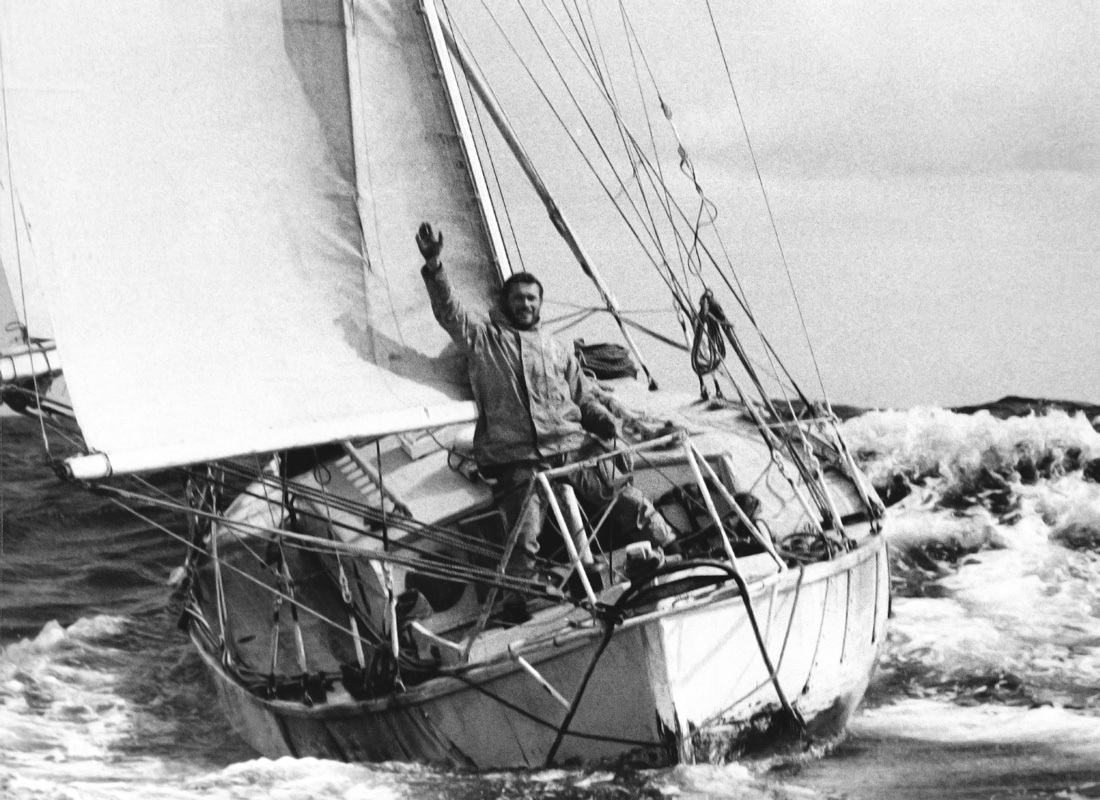 The pioneering 1968-69 Sunday Times Golden Globe Race was a mix of triumph and tragedy. Four entrants retired before leaving the Atlantic; one sank just 1,100 miles from the finish; one decided not to finish but to continue for a second lap; and one committed suicide.

I first heard about the Golden Globe Race after watching the fantastic documentary Deep Water (2006).

The film tells the true story of Donald Crowhurst, an inexperienced British sailor, who put up his home as collateral, gained financial backing and entered the race. 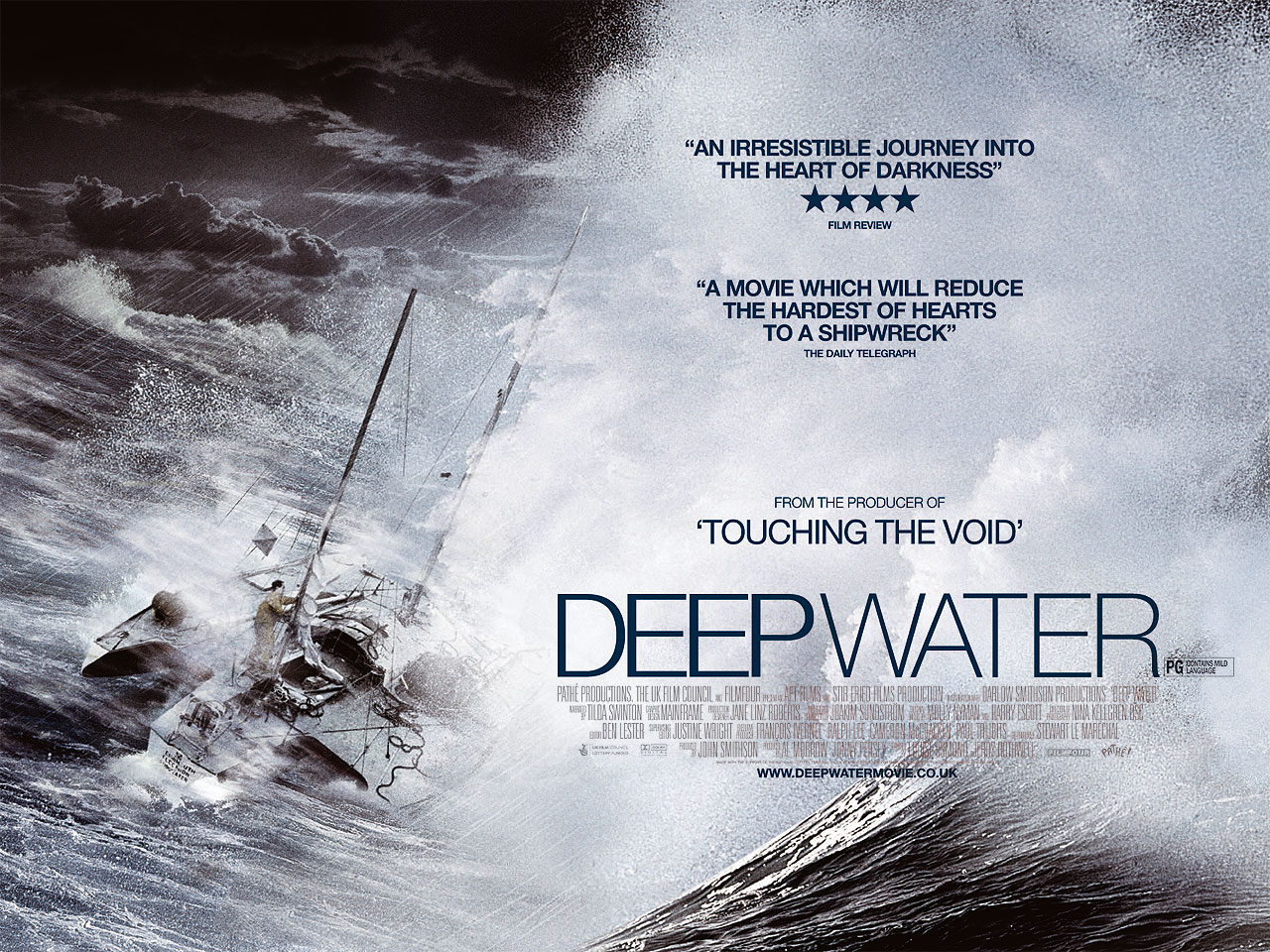 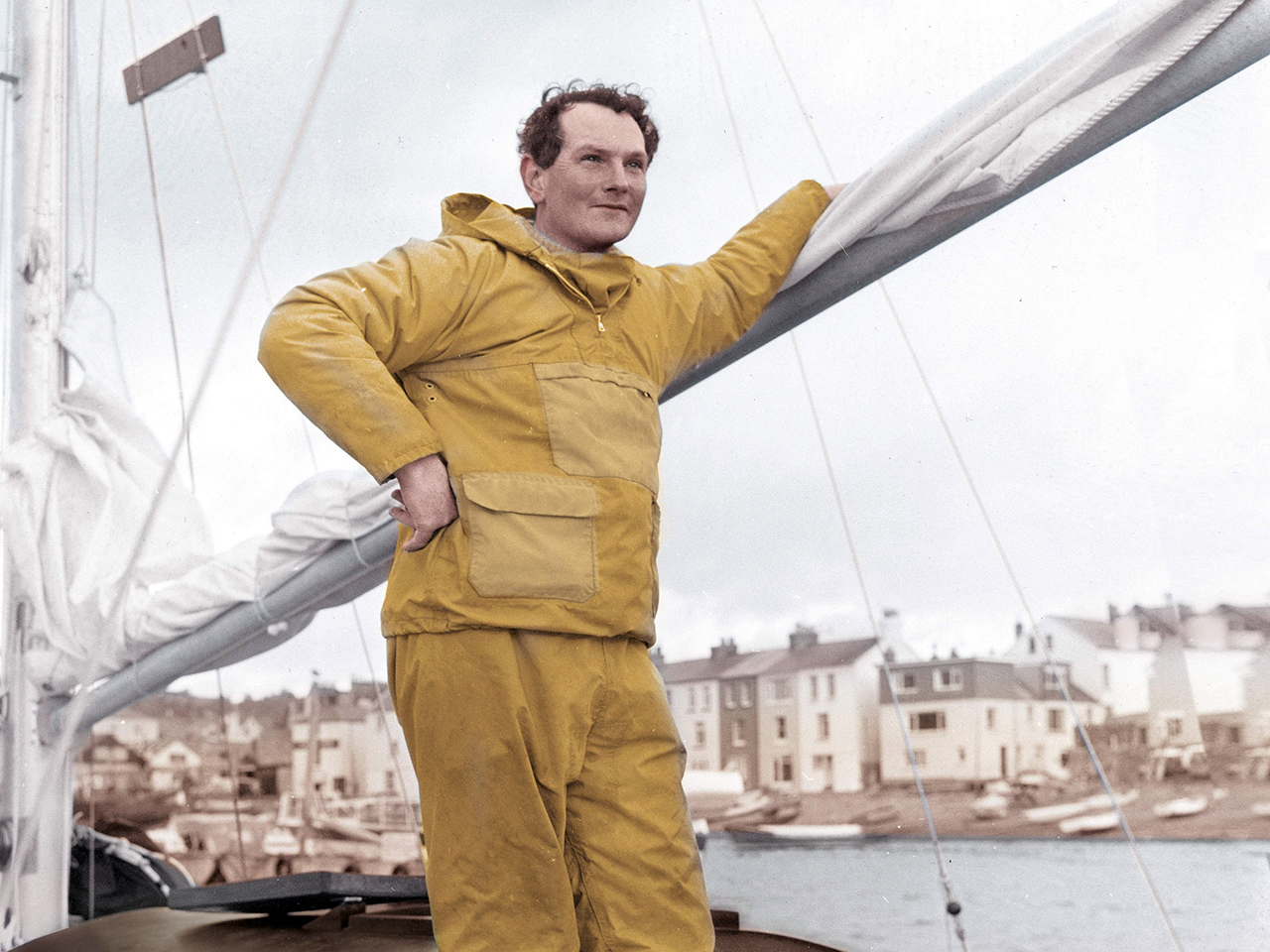 Under dire financial pressure, Crowhurst decided to set sail before his boat was fully ready, leaving it unprepared for the stresses of the open ocean. Rather than turn back and confront bankruptcy, he faked his log, creating a false record of his speed and position.

After months alone at sea, Crowhurst's logbook entries became increasingly incoherent and detached from reality, suggesting he suffered a psychological crisis. His boat Teignmouth Electron was discovered mid-Atlantic, 1,800 miles from England by the Royal Mail vessel Picardy. Although still a mystery, it's assumed he committed suicide by jumping overboard, leaving a diary of the real voyage alongside the fake log. His body was never found.

The race winner Robin Knox-Johnston donated his £5,000 prize money awarded by the Sunday Times to a fund supporting Donald Crowhurst's wife and children.

Using original 16mm footage, interviews and complemented by an outstanding original score, Deep Water is a truly moving account and remains one of my favourite documentaries. It's a cautionary tale of self-deceit, misguided ambition and hubris.

I've subsequently read many of the books written about the 1968-69 Golden Globe Race. It's a fascinating world to explore with many compelling human interest stories. Another notable mention is French sailor Bernard Moitessier — a poet and philosopher who, nearing the finish, pulled out of the race to 'save his soul'. He sailed on for another three months before ending his 37,455-mile journey in Tahiti, completing another half-circumnavigation. 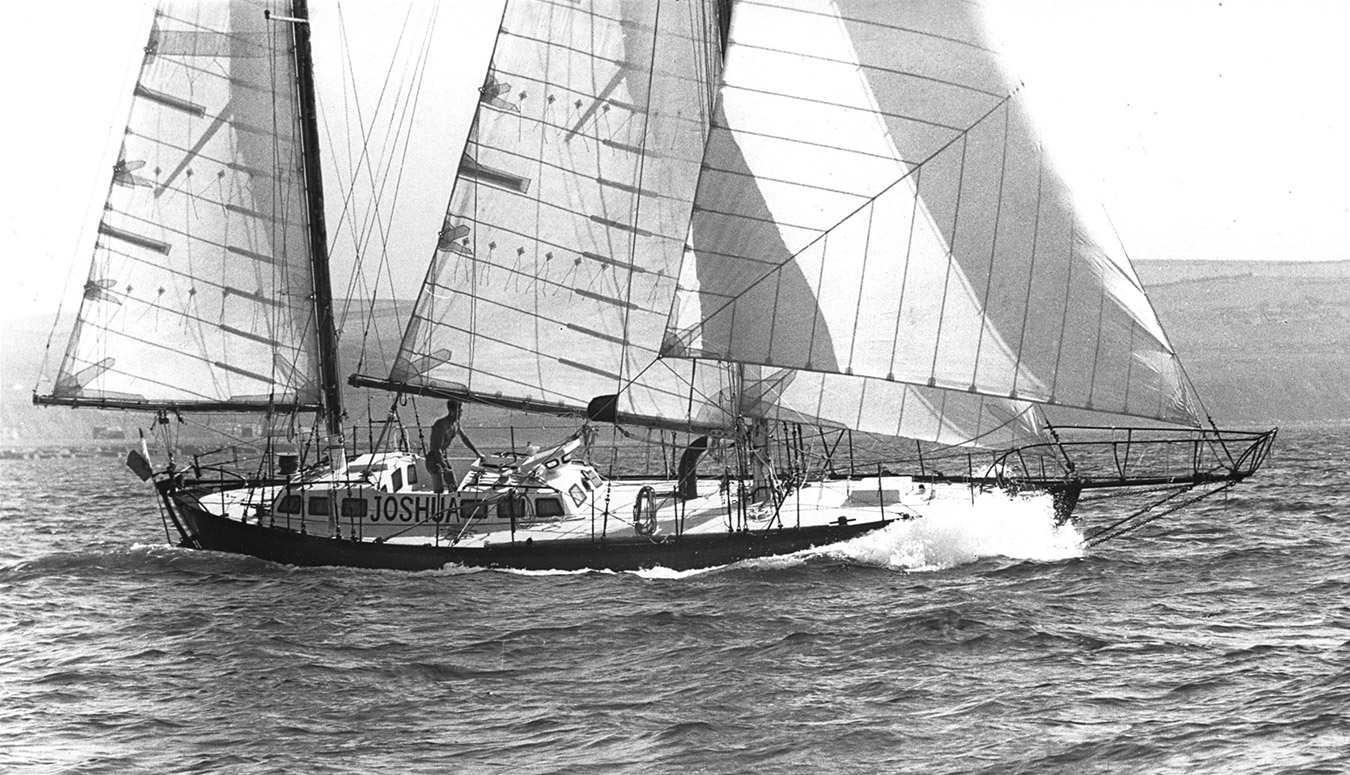 To commemorate the 50th anniversary of Sir Robin Knox-Johnston's epic voyage and the first ever round-the-world yacht race, the Golden Globe Race was restaged in 2018. It was a back-to-basics 'retro' race, featuring yachts similar to those used in 1968. No modern technology was allowed — no GPS, electronic sailing instruments or self steering.

18 sailors from 13 countries entered, united by the spirit of adventure sailing. 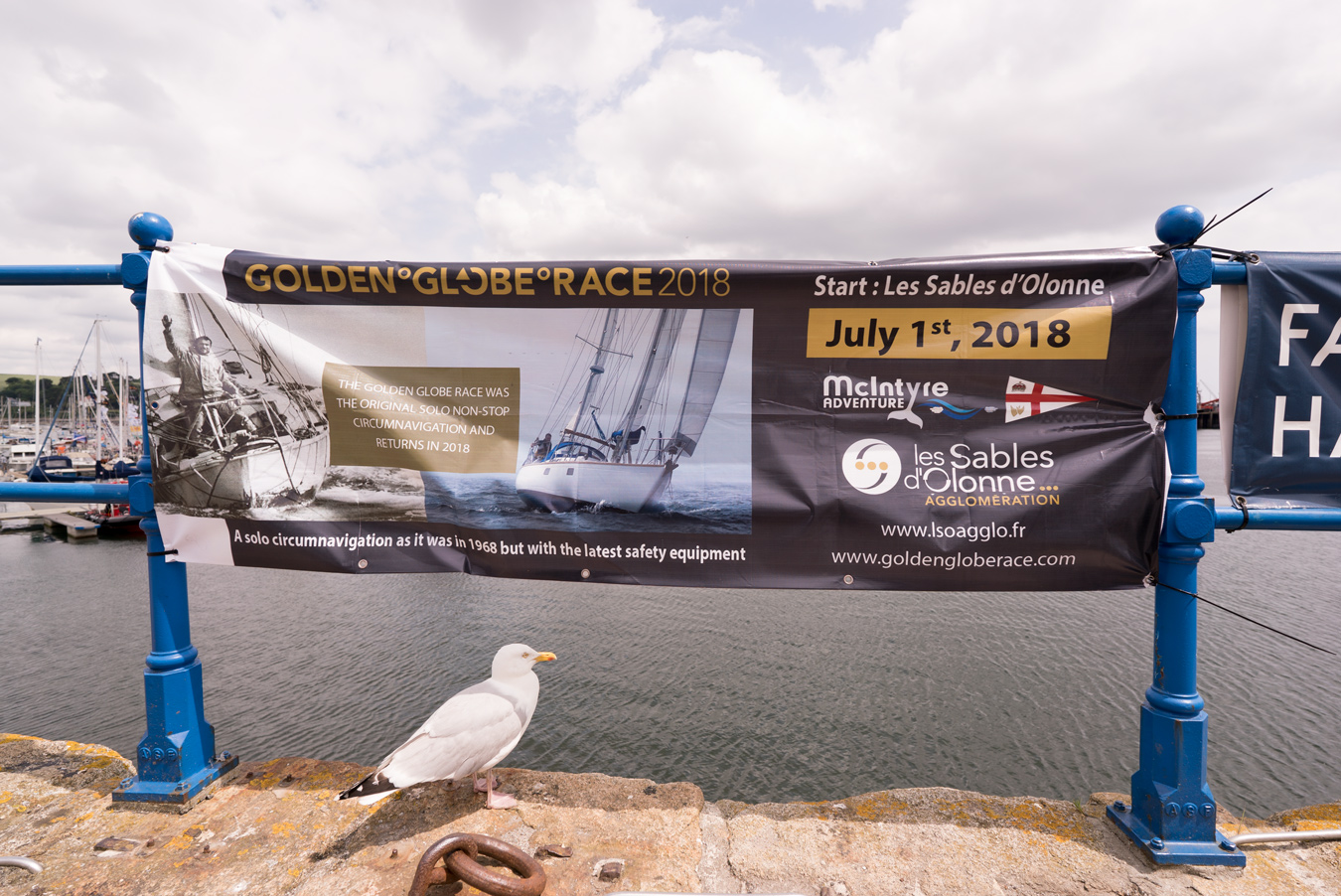 In June 2018, I made the pilgrimage to Falmouth, where Sir Robin's historic voyage had both started and finished. I'd heard about a busy programme of celebrations to mark his return exactly half a century earlier. There were book signings, talks, guided tours of the marina and a spectacular fireworks display. 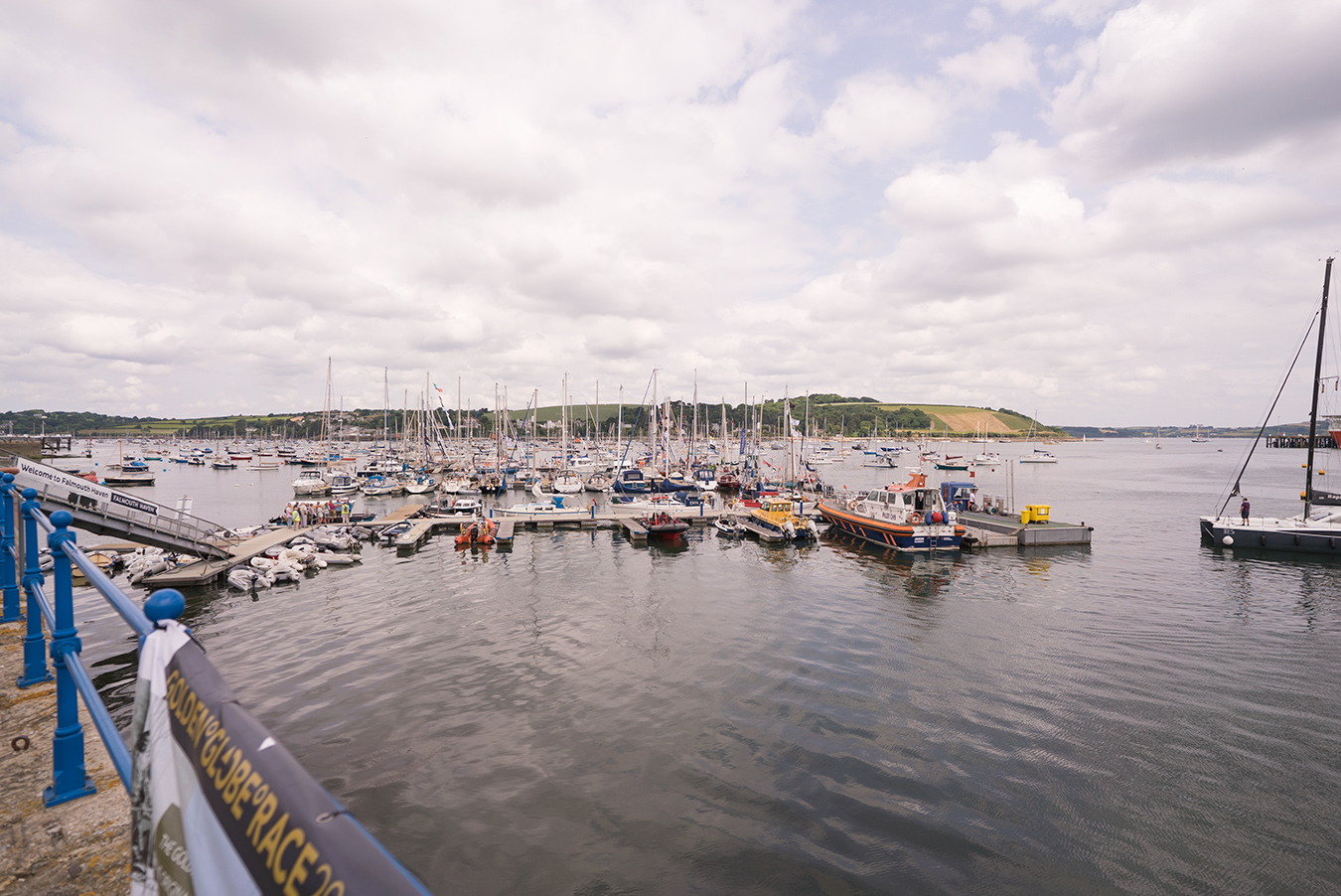 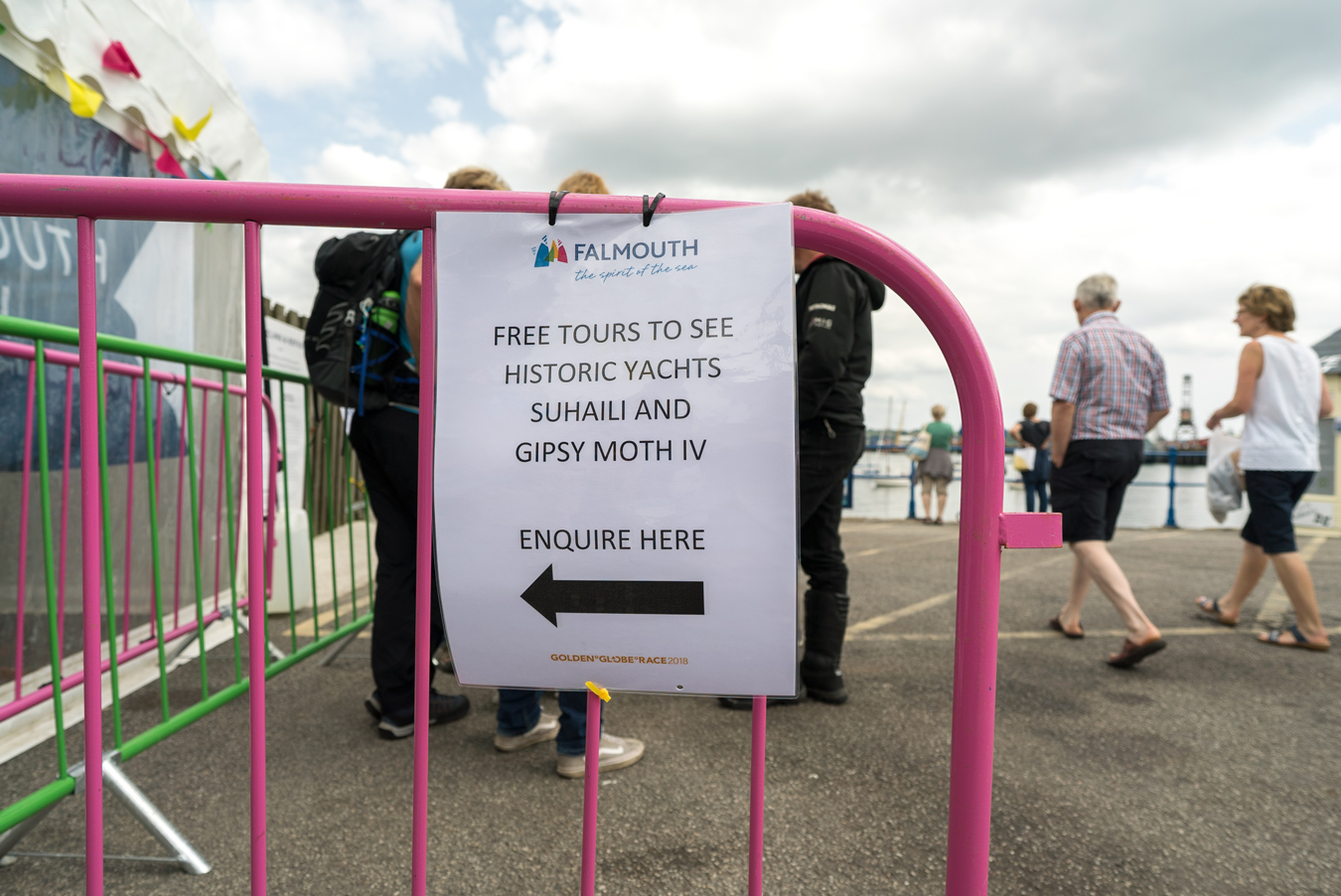 The entire Golden Globe fleet had assembled to take part in a warm-up charity race from Falmouth to Les Sables-d'Olonne, France — the official starting point of the 2018 Golden Globe Race on 1 July. Sir Robin's newly restored Suhaili was there, docked next to Sir Francis Chichester's Gipsy Moth IV. I'd only ever seen these historic boats in black-and-white photographs and Pathé footage, so it was amazing to see them in vivid colour. 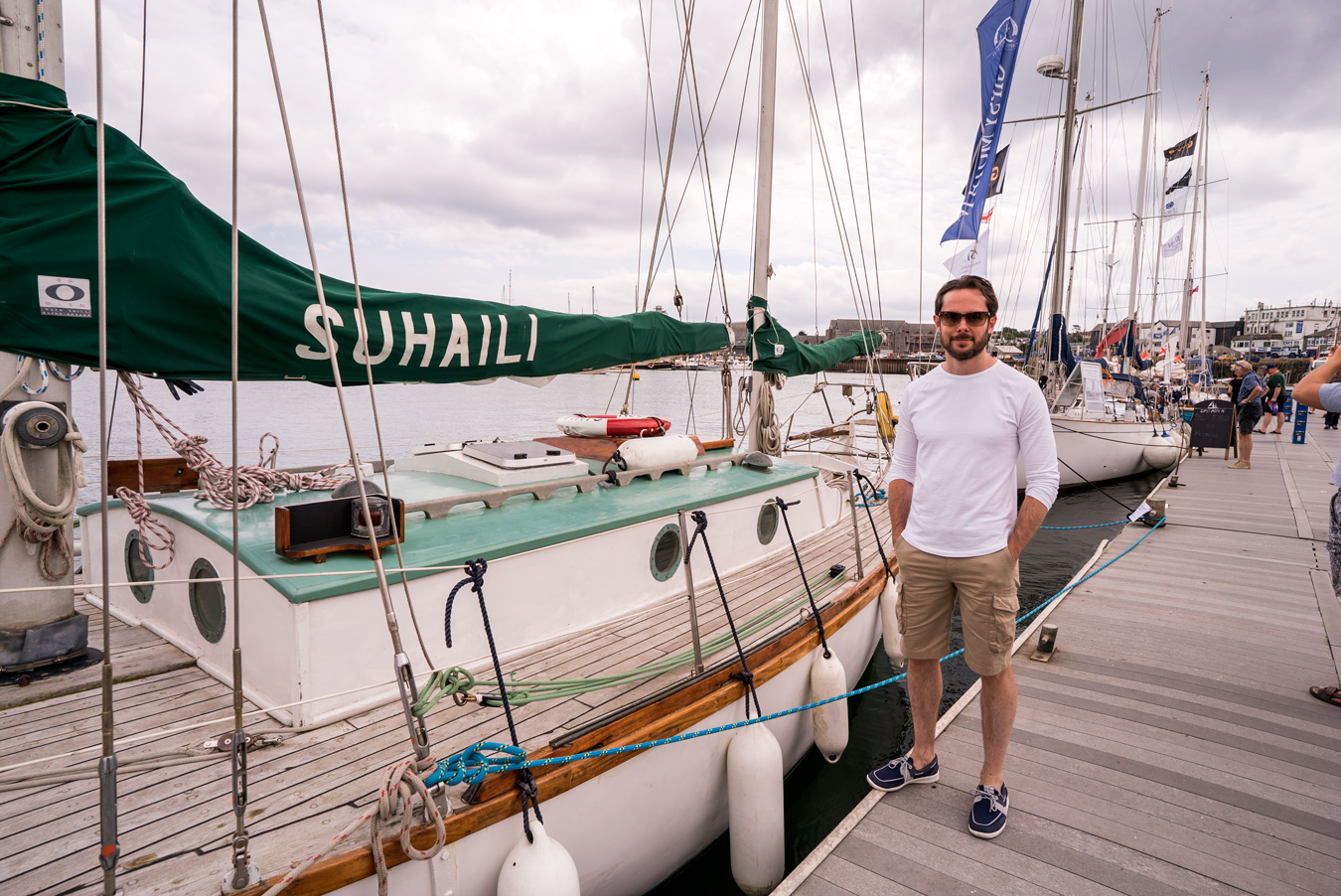 While I was in Falmouth, I attended a charity BBQ held in Sir Robin's honour at the Royal Cornwall Yacht Club.

The entrants were presented by race organiser, Don McIntyre, including 73-year-old French sailing hero Jean-Luc van den Heede; Susie Goodall, the sole female entrant and youngest skipper in the race at 28; Kevin Farebrother, a mountaineer who had summited Everest three times; and Mark Slats, a Dutch rower and adventurer. 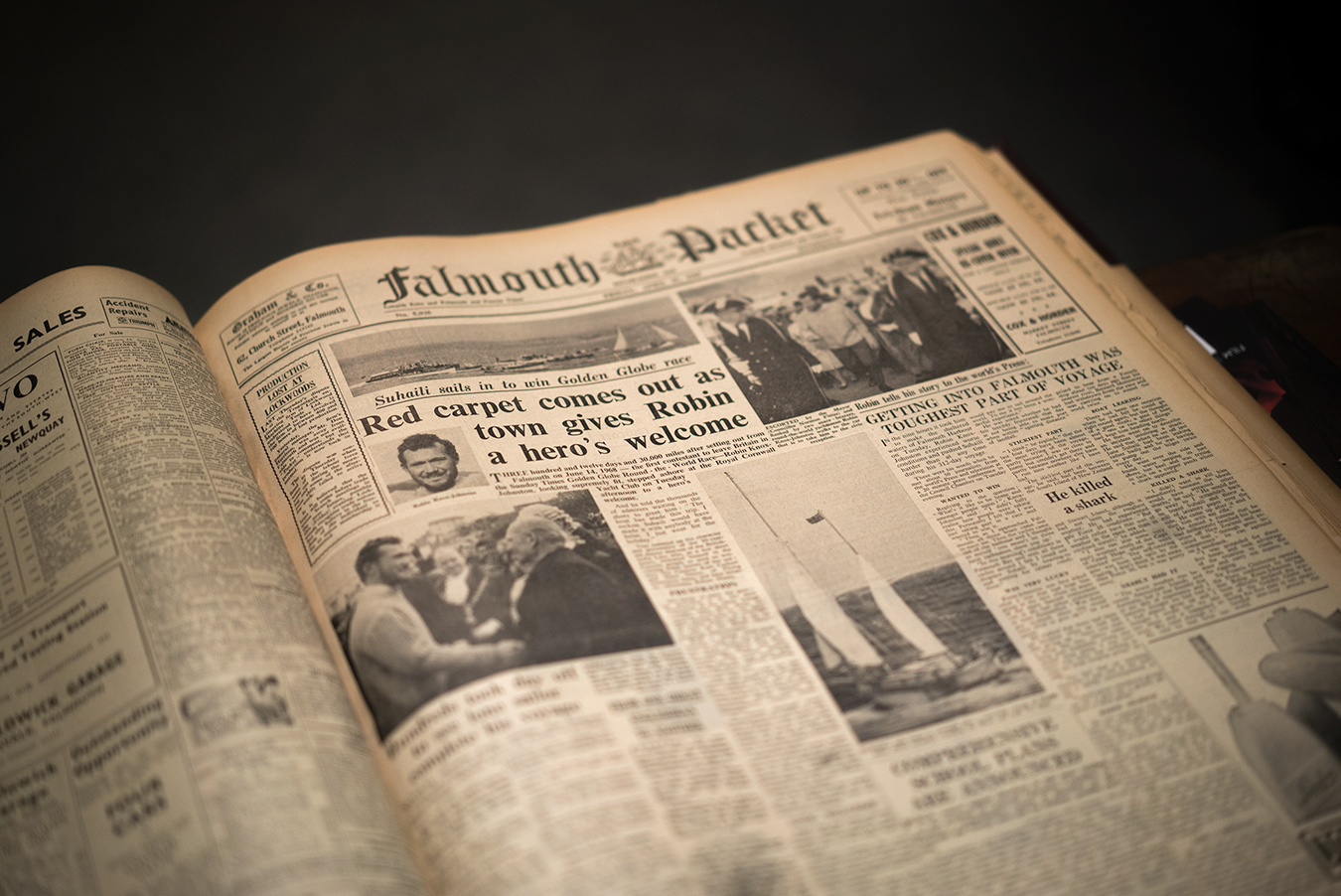 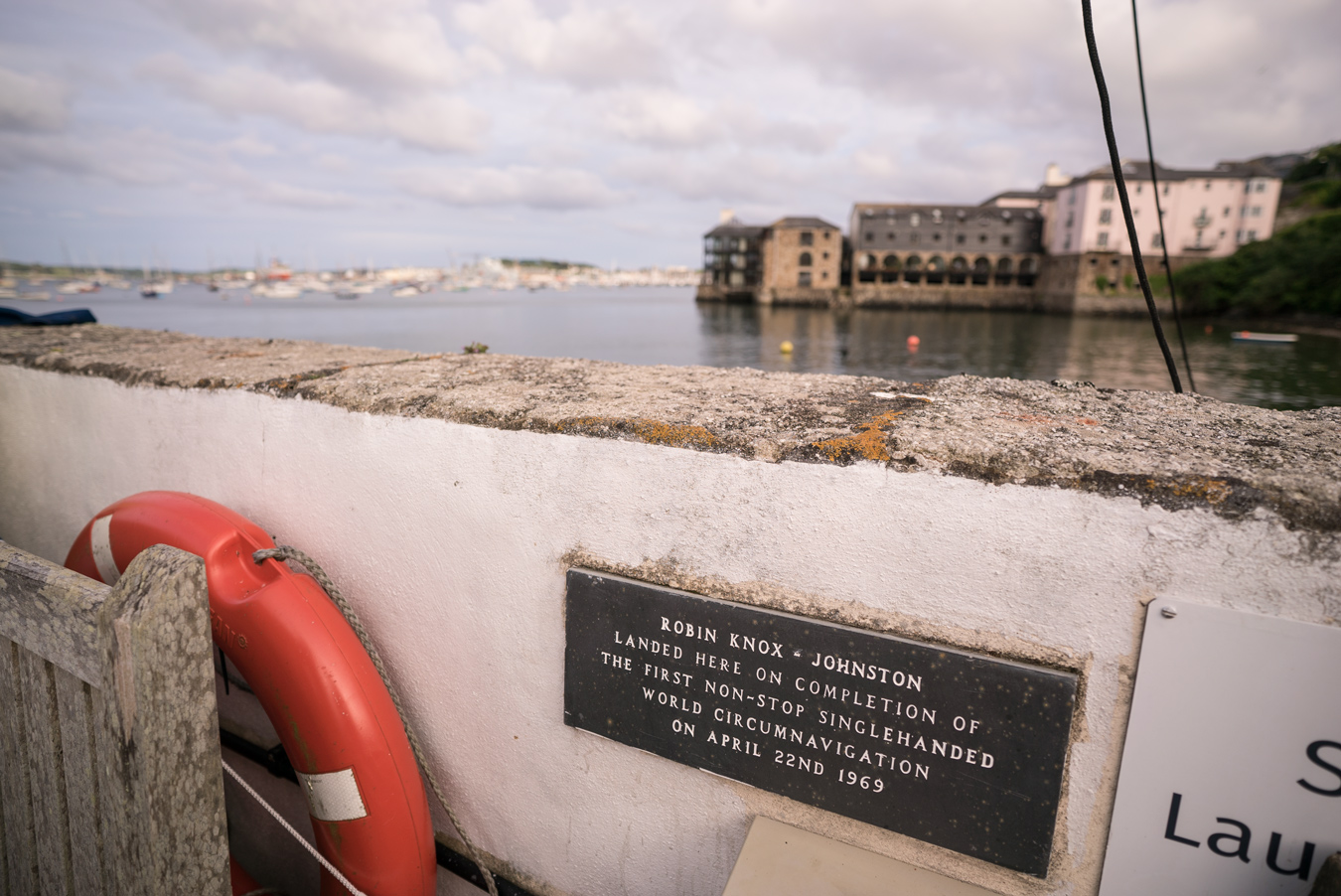 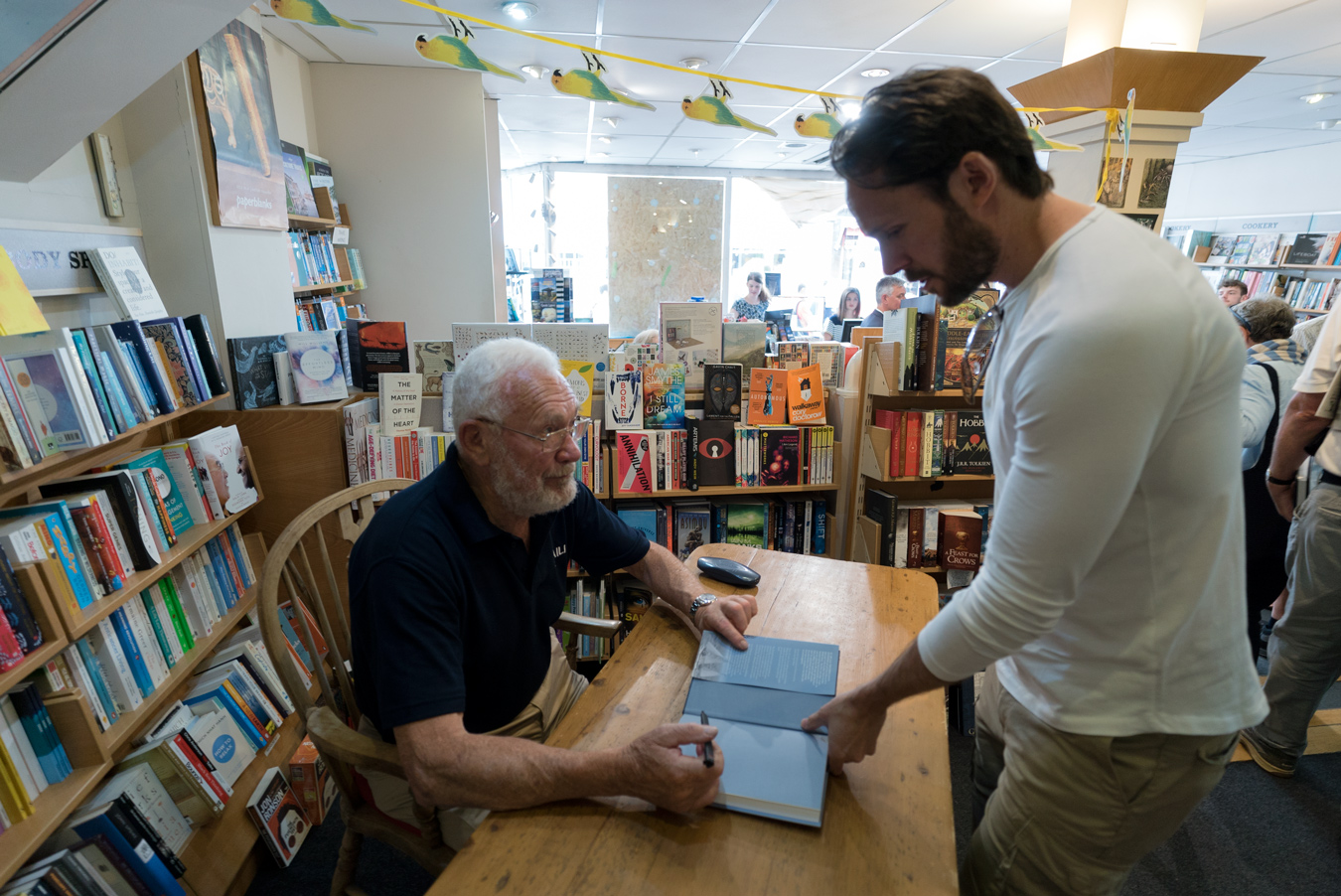 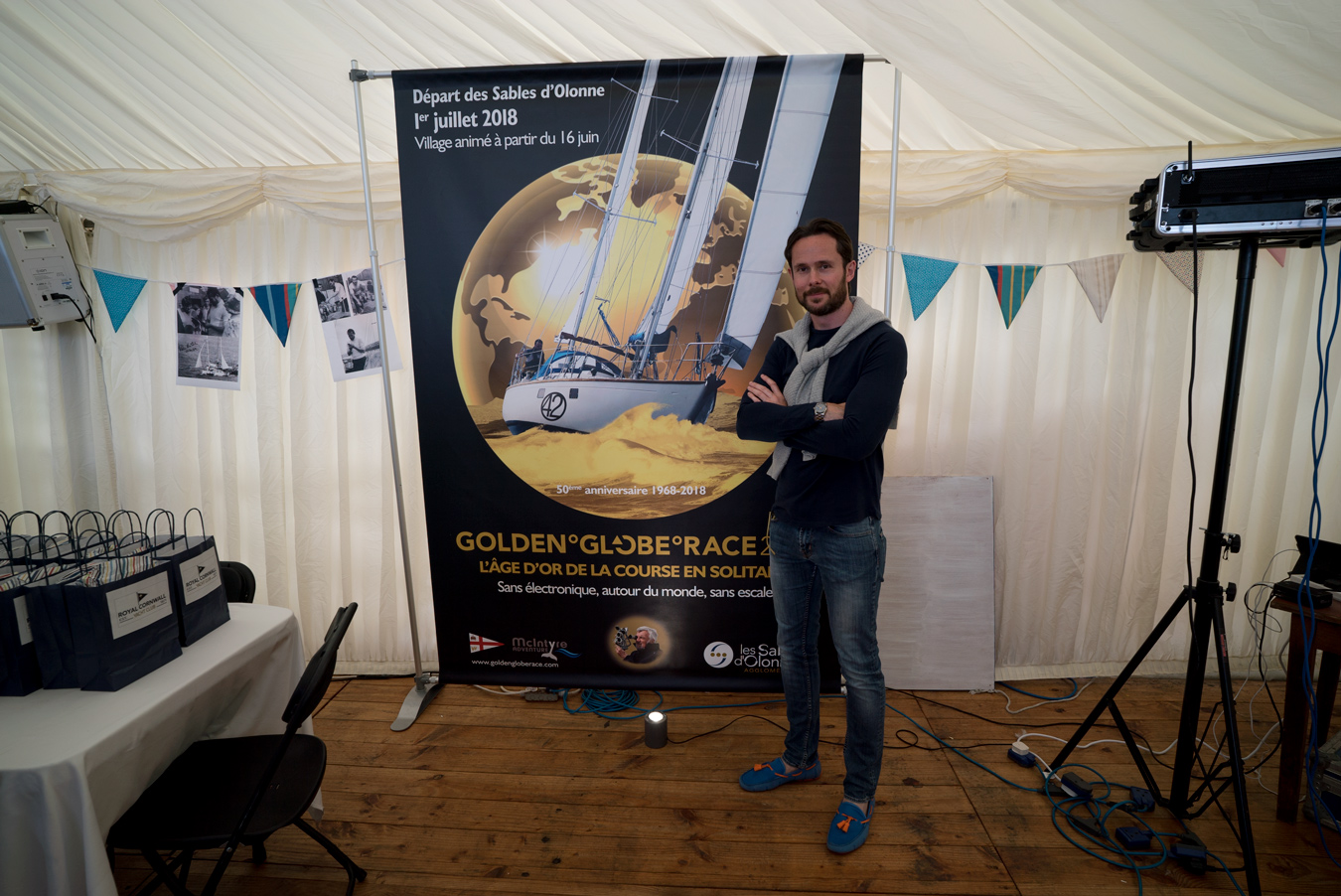 In December 2017, Mark Slats took part in the Talisker Whisky Atlantic Challenge — the premier event in ocean rowing. He crossed the Atlantic in 30 days, 7 hours, and 49 minutes, smashing the solo world record by 5 days. He finished in 4th place, only just behind the 4-man boats and beating all of the 2-man crews. The next solo rower finished 14 days after him.

It was clear that Mark was a determined competitor and one to watch in the Golden Globe Race. I followed his progress closely during his 214-day voyage.

After crossing the finish line on 31 January 2019, Mark received a congratulatory note from Sir Robin Knox-Johnston. I met up with both sailors after the race and they agreed to be interviewed for a short film. Mark was kind enough to provide all of his onboard footage and Sir Robin and I discussed how attitudes towards risk-taking and the pursuit of adventure have changed in 50 years.

Modern ocean racing has become an expensive business, driven by technology and the desire to win at all costs. The 2018 Golden Globe Race was a chance to slow down and fill the void left by the need for speed.

Mark Slats: Pure Sailing celebrates Mark's incredible achievement and is a film about inspiration, adventure and the importance of chasing dreams.

On January 14, 2021, Mark won the Talisker Whisky Atlantic Challenge, setting a world record as a team of two. He and his rowing partner, Kai Wiedmar, crossed the Atlantic in 32 days, 22 hours and 13 minutes, finishing over 1000nm ahead of the other pairs teams.